Shared Responsibility Aspects in Search and Rescue Operations at Sea

The Practice of Shared Responsibility in relation to Fisheries

The Practice of Shared Responsibility in relation to Piracy

Responsibility for Human Rights Violations Arising from the Use of Privately Contracted Armed Security Personnel against Piracy. Re-Emphasizing the Primary Role and Obligations of Flag States

Maritime piracy is an ancient problem that harms, either directly or indirectly, many states as well as non-state actors. Although the law on piracy seems in principle adequately equipped to deal with the problem, states have not been able to … Read more

This SHARES Seminar will discuss papers reviewing the practice of shared responsibility in the field of international law of the sea and international environmental law. END_OF_DOCUMENT_TOKEN_TO_BE_REPLACED

Protecting the Arctic area – a responsibility of many?

On 16 December 2013, the fourth SHARES Debate entitled Protecting the Arctic area – a responsibility of the Netherlands? was held in Amsterdam. The panel consisted of three speakers: Louwrens Hacquebord, René Lefeber, and Daniel Simons. André Nollkaemper acted as moderator. This blog post highlights the main parts of the debate.

Through the melting of the ice of the Arctic, as a consequence of global warming, new economic opportunities for states and businesses arise. Areas that until recently were covered in ice are now opening up, creating, for example, permanent navigational routes between Asia and Europe, and enabling the exploitation of oil and gas resources that had been previously located in inaccessible areas. The Netherlands, as well as companies incorporated in the Netherlands, are among the many actors that want to capitalise on these new opportunities. The increase of economic activities can pose significant risks to the fragile ecosystem of the Arctic. This raises a fundamental question: who is responsible for the management, use and protection of the Arctic area? In this complex situation, question arise over the role and responsibility of the Netherlands and other actors, including Dutch companies such as Van Oord, Boskalis and Shell. END_OF_DOCUMENT_TOKEN_TO_BE_REPLACED

Telesetsky’s highly interesting post highlights the problem of flag state responsibility in the law of the sea. The post identifies two major issues: Illegal Unreported and Unregulated (IUU) fishing and structurally unsafe vessels. Both these issues have been hard to resolve and difficult to regulate, at least from a flag state perspective. This comment seeks to further the debate by raising two questions regarding the role of the flag state in terms of its international responsibility. END_OF_DOCUMENT_TOKEN_TO_BE_REPLACED

Is there a major role for the law of responsibility in international fisheries management? – Commentary (2)

Takei asks whether there is a role for responsibility in international fisheries management, and he proceeds to reply -correctly so- in the affirmative. The blog eloquently presents all possible scenarios, in terms of the law of fisheries, wherein issues of state responsibility might arise. Therefore the purpose of this comment will be to highlight some questions from the viewpoint of the law of responsibility. Two intertwined points merit closer scrutiny. The first relates to the primary rules and the second to the application of the rules on responsibility. END_OF_DOCUMENT_TOKEN_TO_BE_REPLACED 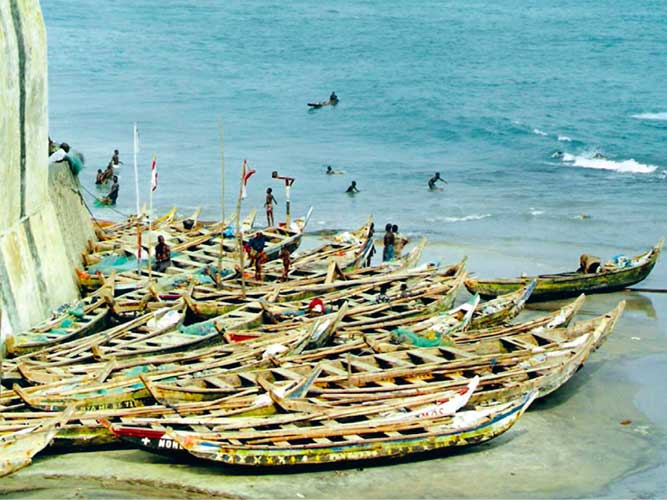 On 28 March 2013 the Sub-Regional Fisheries Commission (SRFC), an intergovernmental fisheries management organisation, submitted to the International Tribunal for the Law of the Sea (ITLOS) a request for an Advisory Opinion (see here). The SRFC comprises of seven states (Cape Verde, Guinea, Guinea-Bissau, Mauritania, Senegal, Sierra Leone and Gambia) and it covers an area that corresponds to theses states’ Exclusive Economic Zones (EEZ). The SRFC took this decision at its 14th Extraordinary Session, where it adopted a Resolution under article 22 of the Convention on the Determination of the Minimal Conditions for Access and Exploitation of Marine Resources Within the Maritime Areas under Jurisdiction of the Member States of the SRFC. END_OF_DOCUMENT_TOKEN_TO_BE_REPLACED

Cross-posted on the CJICL blog

On 19 October 2012, a court of first instance in Hamburg sentenced ten Somalis to prison in what was the first piracy case before German courts in over four hundred years (the decision has not yet been released but for a comprehensive press release of the court in German see: here). The acts of piracy took place on 5 April 2010 when the Somalis entered the German container ship “Taipan”, which was on its way from Haifa to Mombasa, with a distance of about 530 nautical miles from the Horn of Africa. The heavily armed Somalis intended to take the crew of the Taipan hostage and to hold them for ransom, but the crew fled into a hidden safe room and cut the ship’s energy supply. Shortly thereafter the Somalis were arrested by the Dutch frigate “Hr. Ms. Tromp”, brought to the Netherlands and handed over to Germany on 10 June 2010. The procedure began on 22 November 2010, and ended with prison sentences ranging from two to seven years for extortionate kidnapping (§ 239 (a) para. 1 of the German Criminal Code) and attacking sea transportation (§ 316 (c) para. 1 no. 1 of the German Criminal Code). END_OF_DOCUMENT_TOKEN_TO_BE_REPLACED

The principle of joint liability in undeveloped in international law. Though some treaties refer to it, and several scholarly articles that have recognized its importance for situations where multiple actors cause injury, the scope and contents of the principle remain uncertain. It is therefore of some importance that the Advisory Opinion of the Seabed Disputes Chamber of ITLOS on Responsibilities and Obligations of States sponsoring persons and entities with respect to activities in the Area (1 February 2011) discussed the principle. In his presentation at the SHARES Seminar on Shared Responsibility in Environmental Law, held at ACIL on 7 November 2011, Judge Treves provided further insight into these, until now somewhat neglected, aspects of the Opinion. END_OF_DOCUMENT_TOKEN_TO_BE_REPLACED

We are very happy to announce that the third edited volume of the SHARES book series entitled The Practice of Shared Responsibility in International Law has been published.

More information concerning the book can be found here. The book is available for purchase via CUP. By using this Flyer, you can get a 20% discount (this offer expires 31 January 2018)!

Source: CUP | The Practice of Shared Responsibility in International Law

For more information on the symposium see here.

Source: Opinio Juris | Symposium on the Law of the Sea and the Law of Responsibility

The United States National Oceanic and Atmospheric Administration (NOAA) has submitted a Congressionally mandated report identifying ten nations whose fishing vessels engaged in illegal, unreported, and unregulated (IUU) fishing in 2011 or 2012. The 10 states are Colombia, Ecuador, Ghana, Italy, Mexico, Panama, the Republic of Korea, Spain, Tanzania, and Venezuela. All ten nations identified in this year’s report had vessels that did not comply in 2011 and/or 2012 with conservation and management measures required under a regional fishery management organisation to which the US is a party. The report is part of the efforts of the United States to ensure that the US fishing industry is not undermined by unsustainable or illegal activities. The US will soon start consultations with each of the 10 nations to encourage them to take action to address IUU fishing and by-catch by their fishermen.

The states parties to the Framework Convention for the Protection of the Marine Environment of the Caspian Sea (Azerbaijan, Iran, Russia, Kazakhstan and Turkmenistan) adopted a Protocol for the Protection of the Caspian Sea against Pollution from Land-based Sources and Activities during the fourth Conference of the Parties (COP 4). According to the United Nations Environment Programme (UNEP), the Protocol will further enhance the co-operation on environmental matters in the region.

The Government of Papua New Guinea has given the Canadian firm ‘Nautilus Minerals’ a 20-year licence to begin their so-called ‘Solwara 1’ project. This is the first commercial deep seabed mining project in the world, aiming to extract gold and copper from the seafloor beneath the Bismarck Sea. Locals and environmental activists have objected in view of the environmental impacts.

Source: The Guardian | Papua New Guinea's seabed to be mined for gold and copper

On 13 June 2012, the fisheries ministers of the European Union (EU) agreed to ban the dumping of healthy and edible fish catches back into the sea, which is done by fishermen to remain within the EU quotas and to maximise profits. However, the starting dates of phasing in the ban for different species are subject to further negotiations.

Environmental campaigners urged European politicians to stop this wasteful practice. The agreed reforms, changing the Common Fisheries Policy (CFP) to eliminate the discards, are seen as an important step towards a sustainable fisheries policy. However, experts fear that these measures will come too late for certain fish stocks.

On 14 December 2011 the European Parliament decided not to renew the Fisheries Partnership Agreement between the European Union and Morocco signed in 2005. This agreement granted licenses to EU vessels to fish in Morocco’s Atlantic waters, without distinguishing between the waters of Morocco and those of Western Sahara.  Western Sahara is a territory annexed by Morocco, that continues to strive for self-determination. A 2002 legal opinion of UN Legal Advisor Hans Corell expressed that exploitation of the territory’s resources could only be considered legal if the Sahrawi population were consulted and benefited.

In a column on www.europolitics.info, the Minister of Fisheries and Agriculture of Iceland Steingrímur J. Sigfússon called for cooperative efforts of Iceland, the EU, Norway and the Faroe Islands regarding the upcoming negotiations of an agreement on the regulation of mackerel fisheries in the North-East Atlantic. Sigfússon insisted that the ‘coastal states carry a joint responsibility for preventing further overfishing from the mackerel stock and ensuring sustainable fishery’ and ‘they must all contribute to reaching an agreement.‘

Evidence has emerged of unregulated tuna fishing in Libyan waters during this year’s conflict. EU boats are implicated in the fishing, which the European Commission believes could be judged illegal. The issue led to heated discussion at the recent Istanbul meeting of the International Commission for the Conservation of Atlantic Tunas (ICCAT), where it was decided that research will be carried out into the events.