On 16 July 2014, the District Court of The Hague issued a decision holding the Dutch State responsible with regards to the death of about 300 men, who were killed following their eviction from a compound near Srebrenica where Dutch peacekeepers of UNPROFOR (Dutchbat) were stationed before evacuating it in July 1995. 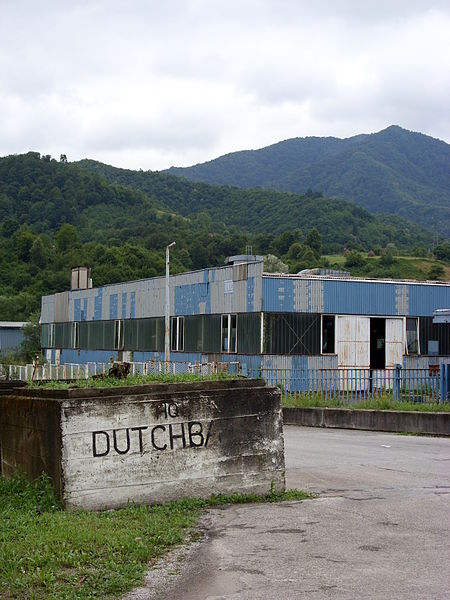 The claims were brought by the relatives of
ten victims as well as the association ‘Mothers of Srebrenica’.
This association had previously brought claims against the United Nations (UN) before Dutch Courts and the European Court of Human Rights, which had been rejected on the ground of immunity of the UN. Unable to reach the responsibility of the international organization, the victims turned to the contributing State.

The decision of the District Court comes after two decisions of the Dutch Supreme Court from September 2013, which held the Netherlands responsible with regards to the deaths of three men following their eviction from the compound (cases of Nuhanovic and Mustafic). In these decisions, the Supreme Court had insisted that the responsibility of the Netherlands for these three deaths was tied to the specific circumstances of the cases, leaving open the question of whether and to what extent the Netherlands could be responsible for more deaths. In its ruling, which coincides with the 19th anniversary of the Srebrenica massacre, the District Court determined the limits of the responsibility of the Netherlands in relation to the events.

As in the cases of Nuhanovic and Mustafic, the claims concerned individuals who fled the city of Srebrenica after its fall, and took refuge in and around a nearby compound where Dutchbat had retreated. The District Court relied on these previous decisions and adopted a similar reasoning to attribute the conduct of Dutchbat to the Dutch State. It confirmed that the test of effective control as formulated in Article 7 ARIO was applicable to the question of attribution (para 4.33). Like the Supreme Court, the District Court insisted that after the fall of Srebrenica and the Dutch decision to withdraw, the situation differed from normal peacekeeping (para 4.80), and concluded that ‘during the transitional period the State did have effective control’ over Dutchbat (para 4.87).

The claims were formally brought not only against the Netherlands but also against the UN, which did not appear before the Court. It is on account of accepting as established that dual attribution of the same conduct to the UN and a contributing State was possible that the District Court considered, in line with the Supreme Court’s decisions, that it did ‘not need to examine whether the UN also had effective control over Dutchbat’s actions that form part of the accusations’ (para 4.45). This interpretation in terms of independent non-exclusive responsibility seems to imply that the possibility that the UN shares responsibility for the conduct does not affect (or diminish) the responsibility of the State.

An interesting aspect of the District Court’s decision is that it determined the limits of attribution to the State of Dutchbat conduct in Srebrenica. It did so on three grounds:

The ‘mini safe area’ was the compound in which the Dutchbat was stationed and ‘the area in the vicinity to the south of the compound on both sides of a road where inter alia a number of factory hallways and a bus depot were located’ (para 4.204), where individuals had sought refuge. Accordingly, the State had no effective control over the fate of civilians who fled to the woods after the fall of Srebrenica, nor was it responsible for failure to warn them of the risks of killings.

The District Court further limited the responsibility of the Netherlands for the conduct of Dutchbat at the level of applicable primary obligations. It held that the Netherlands had jurisdiction in the mini safe area, and therefore was bound by the human rights provisions of the ECHR and ICCPR, but only within the compound itself, and during the transition period.

para 4.161. The foregoing leads the District Court to the conclusion that by means of Dutchbat the State was only able to supervise observance of the human rights anchored in the ECHR and ICCPR vis­-à-­vis those persons who as of the fall of Srebrenica were in the compound. The State was not able to do this for the populace of the safe area prior to the fall of Srebrenica and even less after that vis-­à-­vis the refugees in the mini safe area that lay beyond the compound or beyond the mini safe area. This assessment is confirmed in the conclusion of the Supreme Court in its profuse deliberations in the Mustafić and Nuhanović cases namely that after the fall of Srebrenica the State exercised jurisdiction in the sense in which that is understood by the ECHR and ICCPR at the compound.

Accordingly, the Netherlands could only bear responsibility with regards to the death of civilians sheltered within the compound, of which it was ‘fully in control’ (para 4.332), and not for events which happened beyond its control.

Finally, the Court limited the responsibility of the Netherlands to the eviction of men, for whom there was a serious risk of being killed or abused upon leaving the mini safe area, and from the moment that this risk was known by Dutchbat. Indeed, as a matter of causality, injuries suffered by women or by men who left the compound before the serious risk of genocide was known could not be attached to the eviction by Dutchbat. According to the District Court, it is only from the end of the afternoon of 13 July 1995 that Dutchbat was aware of ‘a serious risk of genocide of the men who had been carried off from the mini safe area’ (para 4.257).

The Court estimated that 20 000 to 25 000 civilians sought refuge in the mini safe area, 5 000 of which were accommodated within the compound. The majority of them consisted of women, children and elderly. It is estimated that around 2 000 men were in the mini safe area, 300 of them were within the compound (paras 4.205-4.207). The District Court was thereby able to cut the line to determine the extent of Dutch responsibility with regards to Srebrenica, holding the Netherlands responsible for the deaths of these 300 men which had taken refuge within the compound while the Netherlands was exercising effective control over its troops, and were evicted despite Dutchbat’s knowledge of a serious risk of them being killed (para 4.338).

As in the previous cases of Nuhanovic and Mustafic, the Netherlands were not held responsible for failing to prevent genocide, but for failing to protect a limited number of individuals under their care.