Yesterday in Amsterdam was the first day of the SHARES Conference on the Foundations of Shared Responsibility in International Law. The afternoon started by a non-exhaustive overview by Professor André Nollkaemper and Dov Jacobs of the ‘Concept Paper‘ they drafted for the SHARES Project and which serves as a theoretical guideline for the Project. Insisting on the Project’s interest in participants critical views on the Concept paper,  they presented some of the main aspects developed in the paper.

It was first noted that fundamental underlying dynamics are rendering the problems of shared responsibility increasingly pressing, and have been part of the reasons behind undertaking the SHARES research project. The trend towards interdependence and cooperation (eg. in the conservation of fish stocks) as well as the trend towards moralization (eg. collective obligations) are not purely theoretical but also visible in practice: there are a range of fora and institutions where issues of shared accountability are actually brought forward. 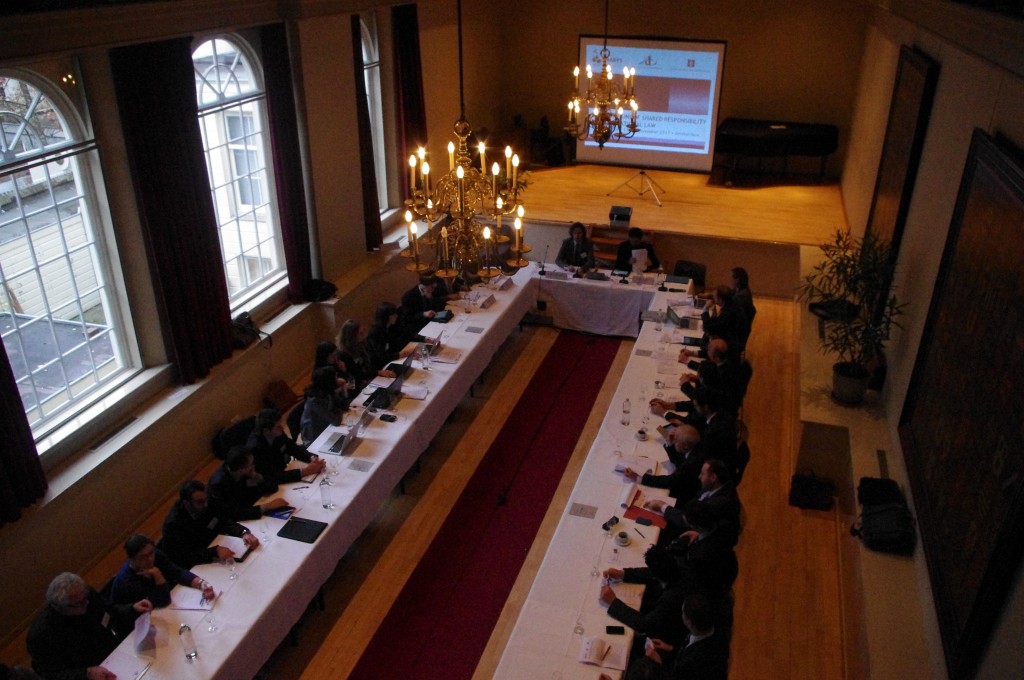 In the Concept Paper, the notion of ‘shared responsibility’ is primarily used as an umbrella concept covering all types of responsibility, including traditional ILC perspectives but also non-compliance procedures and others broad issues of shared accountability. ‘Shared responsibility stricto sensu‘ (or joint responsibility) on the other hand is a notion we based on the framework codified and developed by the ILC, which covers situations where a single injury is caused by two or more actors having committed one or more internationally wrongful act(s).

However, although individual responsibility may in some instances allow to distribute wrongful acts, it has serious shortcomings. The principle somehow appears counter-intuitive when compared to concepts of multiple responsibility as represented in most — if not all — domestic systems. Although it is acknowledged that one should be careful in construing analogies between domestic and international responsibility, there should be good reasons to take a different approach from a very well established principle in national laws. Pragmatic arguments such as procedural hurdles are not sufficient to conceptually maintain the principle of individual responsibility. Besides, such a conception overly reduces the complexity of cooperative actions by singling out one actor out of several involved parties. As pointed out by Larry May, the model of individual responsibility fails to be helpful in situations of concerted actions, as it is not able to determine to which extent each actor is responsible (Sharing Responsibility, University of Chicago Press, 1996, p 39).

The Concept Paper intends to develop alternative ways of thinking shared responsibility with a dialectical upward and downward approach. On the one hand, the Project will adopt a holistic approach. This approach for instance leads us to consider potential situations of shared responsibility together rather than under the distinct categories found in the ILC articles (eg. aid and assistance, direction and control, coercion…). Moreover, this integrated  approach allows to move beyond the strict distinction between primary and secondary rules. Indeed, primary rules increasingly include answers to questions of responsibility, so that one need to consider the dialogue and combination between primary and secondary obligations

On the other hand, there is a need to distinguish amongst a plurality of regimes. Under this differentiated approach, account should be taken of the contextual specificities of different issues-areas: disputes on the conservation of fish stocks might require different standards than implementation of R2P. More broadly, the Concept Paper argues for the need to differentiate between private-law-oriented and public-law-oriented regimes. The ILC built its system as neither public nor private, but depending on the nature of norm, the nature of the breach, and the institutions ‘around the norm’, it cannot be ignored that some claims are torts-like while others reflect more public interests. Distinguishing amongst different regimes of responsibility is not original in comparison with domestic systems. Again, it was stressed that the idea is not to transpose domestic concepts, but rather to consider the philosophy behind how domestic laws have developed in a certain direction.

Many other questions are developed in the Concept Paper, for instance whether consent can be a basis for responsibility in the case of cooperative action, or to what extent the nature of shared obligations is specific. 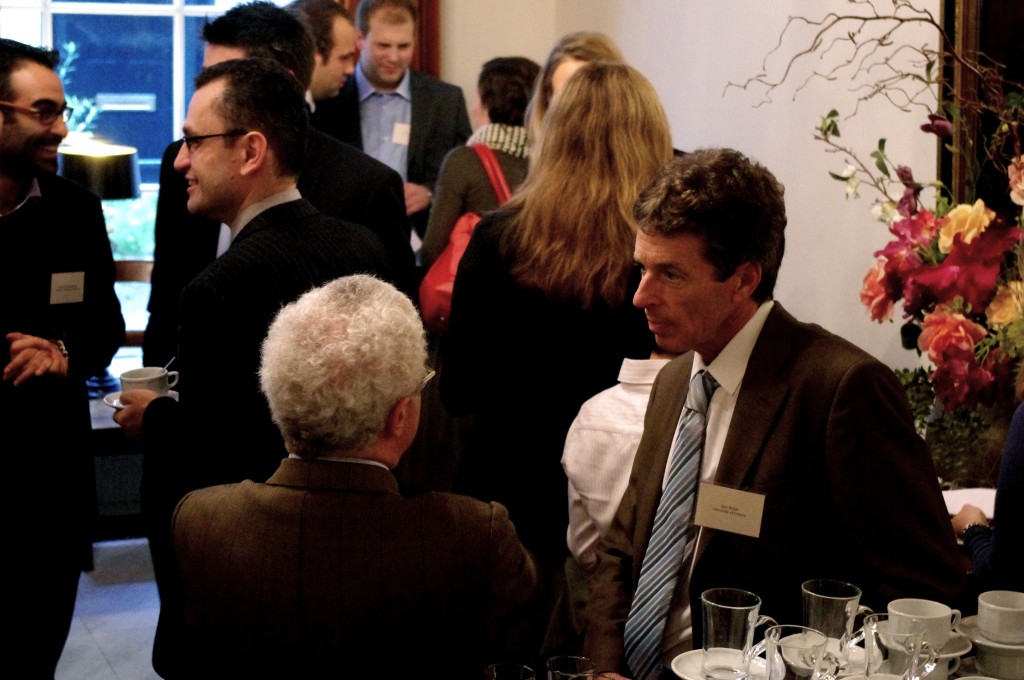 This brief overview of some issues presented in the Concept Paper was laid out at the SHARES Conference on the Foundations of Shared Responsibility to serve as an introductory guideline to the following panels, and the floor was then given to Professor Andrea Gattini, Dr Jean d’Aspremont and Professor Eric Wyler, who formed the first panel of the Conference on ‘Rethinking the Nature of International Responsibility’.